Penelope Janu is a debut author celebrating her first release in February; In At The Deep End will be a book club title shared with our members next month.

Hi Penelope, welcome to Beauty and Lace and thanks for talking to us.

Thank you very much for having me on your blog.

What made you want to pursue a writing career?

I’d been a lawyer for many years, my children were growing up, and I’d always loved the idea of writing creatively. One day I realised it was time to see whether I had the imagination and motivation to do it. I enrolled in a writing course and haven’t stopped writing since. I love my new career!

Can you tell us a little about your debut novel In At The Deep End?

The novel is set mostly in the northern beaches of Sydney, but it starts, and finishes, in Antarctica. I have an interest in environmental issues, including climate change and global warming, and I wanted to look at these issues through the eyes of my heroine, the environmentalist Harriet Scott. In the course of the year she meets some serious challenges. Per Amundsen, a naval commander and scientist who’s not happy about rescuing Harriet from her sinking ship, is one of them! 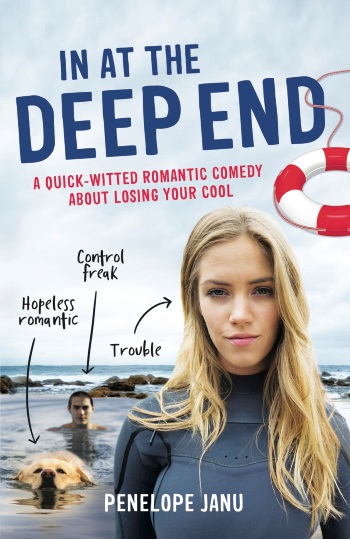 Where did the inspiration for the book come from?

I’d done some work on the legal regulation of climate change as part of my job as a legal academic, and this provided the ‘spark.’ The story itself evolved as the characters did. There is a historical aspect to the novel as Per Amundsen and Harriet Scott share the same surnames (and some character traits) as Roald Amundsen and Robert Falcon Scott, who both trekked to the South Pole in the early 1900s.

How much research was required and how did you go about researching?

There are some great blogs kept by scientists and others who live (temporarily) in Antarctica, and a number of historical texts that record the journeys of the original Scott and Amundsen. I have a good friend who is a captain in the Australian navy, and he gave me some insights as well. As for the climate change issue—there is a wealth of scientific information that is readily accessible.

I’m not sure if you can answer this one without spoilers but Harriet grew up on the water and has pursued a career on water – how does that happen with a terrible fear of water?

Harriet developed a phobia of the water as a teenager (telling you what happened here would definitely be a spoiler!) and since then, like many people with a phobia, she developed ways to ‘work around’ her problem (such as only travelling on large boats). An important part of Harriet’s development in the novel is how she comes to terms with the trauma she has suffered, and the steps she takes to overcome her fears.

Being your debut novel, can you tell us a little about your journey to publication?

The first manuscript I wrote (hopefully it will be published one day) took a couple of years to complete, and I learnt a great deal about the craft of writing in the process. Immediately I finished the first manuscript I started on the second, which became In at the Deep End. This novel was pitched to Harlequin Mira at the Romance Writers of Australia conference in August 2015. A romantic comedy was something a little different for Harlequin, but the publisher Jo McKay loved it and wanted to publish it. Yay! Immediately I started writing another novel. Also set in Australia, my new novel is a companion novel to In at the Deep End, and set mostly in Sydney. One of the main characters is Per’s twin brother, Tør. So … journey to publication? Write and keep writing! 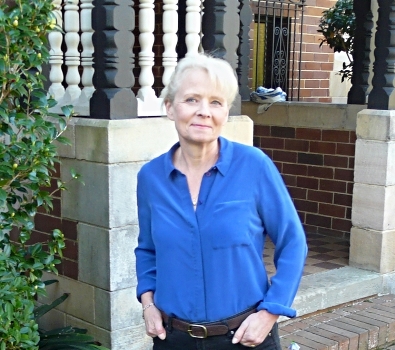 Can you tell us how it felt the first time you held a printed copy in your hand?

I’d love to say I was euphoric but … I was terrified! I love the characters in this book, and readers so far have been really positive, but all I could think about when I held the printed copy was, ‘what if people don’t like it?’ Since then (after many calming cups of tea, a glass or two of wine, and positive words of encouragement from my publisher), I’ve come to terms with it all. In at the Deep End is out in the world now. All I can do is genuinely hope that people enjoy reading it.

Who do you love to read?

I read in many genres but romance is my favourite. In the past few weeks I’ve enjoyed Julia Quinn’s Because of Mrs Bridgerton, Sally Thorne’s The Hating Game, and I’ve re-read Georgiana Penney’s The Barbershop Girl. I also re-read Sylvester, which is my absolute favourite Georgette Heyer novel. I read Ian McEwan’s Nutshell as well—it’s a fascinating take on Hamlet and I really enjoyed it. But most of all I like stories with interesting characters and plots—and happy endings.

What is your most anticipated release of 2017?

This is a hard question to answer because I’m looking forward to reading so many new releases that I’m afraid I’ll leave out an important one. So I’ll answer by saying that my daughter Tamsin Janu (a children’s author published by Scholastic) has two books coming out this year. One is the third book in the award winning Figgy series, and the other one is a standalone book, Blossom. I love seeing her books on the shelves (much to her embarrassment)!

Thank you for the interesting questions. I enjoyed answering them.

In At The Deep End is published in February by Harlequin and available from Angus & Robertson Bookworld, Booktopia and where all good books are sold.

Keep an eye on the site for our book club reviews in February.

Penelope Janu can be followed on Facebook and her PenelopeJanu.com.

Click to rate this book! [Total: 2 Average: 4]The Silence is a short novel written by Don DeLillo.  It is a quick, easy read with an eerie, strange feeling that captivates…