Brooke Hemphill has recently published quite a controversial memoir titled Lesbian for a Year and we were interested to find out a little more about her.

When did you know you wanted to be a writer?
I’ve been writing since I was a kid. My sister and I used to create dreadful illustrated kids books when we were little. I always wanted to do it for a living and I got my first gig in the media about eight years ago.

Your first book is Lesbian For A Year, can you tell us a little about it?
Lesbian for a Year charts my year of dating women. It all began when I woke up one morning after a drunken night out on the town and discovered a woman in my bed.

How has the book been received?
It would be fair to say there has been some backlash. A lot of people have responded to the title of the book which people assume suggests I decided to “experiment” with women solely for the purposes of the book. This, as people who bother to read the book will know, is not the case.

Can you tell us how you have dealt with the negativity?
Badly? I’ve copped the most flack, surprise, surprise, on Twitter. I’ve been on Twitter for a while but I’m more of an observer less of a sh*t-stirrer. I’ve found it hard that whenever someone tweets a link about the book, the same argument gets fired up all over again. I took a month long hiatus from Twitter just after the peak of the commentary and only returned with a glass of wine in my hand.

What made you choose to share your life with the world?
There are a lot of people out there with similar stories to mine. I wanted to tell them that they are not alone. 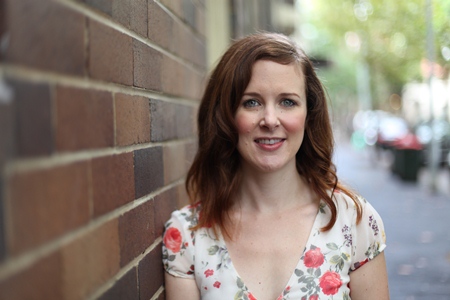 Committing all of your experiences to paper would, I imagine, have been very much like reliving them, did you find some things harder to write about than others?
Absolutely. Also, the year in question happened more than four years ago now so it was hard when writing the book to tap into those memories and experiences. When I was editing the book, I referred to the last chapter as my favourite part of the book as it reflects the happiest period of my life. That part was also fun to revisit. The rest, well, it was hard work to look back on my mistakes and really face up to them.

What do you hope that readers take away from reading your book?
That they are not alone. We’re all human. We make mistakes. But there’s always light at the end of the tunnel when you’re going through some crap.

Can you tell us a little about the reality show you spent so much time working on?
Sure. I had been doing some work with a TV producer and he asked me to go with him as he shot a pilot. It was about a group of hot Sydney women who just so happened to be lesbians. We shot a bunch of stuff and then he decided not to continue with the project. I’d previously made a couple of online video series and had a camera so decided to shoot some episodes based on the Sydney Gay and Lesbian Mardi Gras. It was a surprising hit when we stuck them up on YouTube. I think the series has had almost a million views which is amazing. It was great fun to work on but also a very intense period for me.

How did it feel to discover that it wasn’t going to air?
Unsurprised. Fly on the wall reality shows like The Shire haven’t done particularly well on Australian television so it wasn’t much of a shock to hear that none of the networks wanted to pick up our concept.

Are you working on anything new you can tell us about?
You know, I’m really not. I must get myself a new project! I have a full time job at the moment editing a media industry magazine and that’s pretty time consuming. Perhaps there is another book in my future. My agent is keen for me to get cracking on it but after this experience, I want to be well rested – it’s a whole lotta work writing a book. Who knew?

Thanks for your time Brooke.